Every day I Wake Up 'I Realize My Son Has Lost Another Day,' Says Danny Fenster's Father on 100th Day

Zoom call: Bryan Fenster and his parents Rose and Buddy

The Fenster family of Metro Detroit reached a painful milestone Tuesday: 100 days since the military in Myanmar grabbed journalist Danny Fenster at the airport and locked him up at Insein Prison near Yangon as he was about to board a plane to visit home.

"The one thing I realize every day when I get up about 6:30 every morning is that it’s 5 p.m. in Myanmar and I’m starting my day, and I realize my son has lost another day, being unjustly and falsely imprisoned for no crime whatsoever," said his father, Buddy Fenster of Huntington Woods. 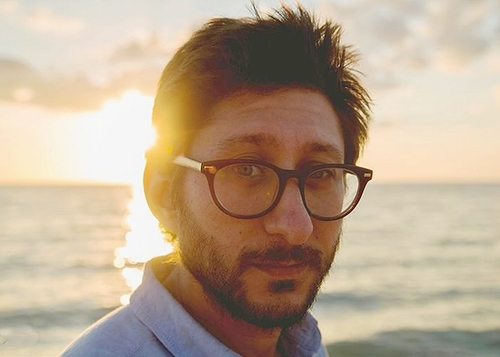 Buddy, his wife Rose and their older son Bryan, appeared on a Zoom press conference Tuesday morning with journalists and a couple of Congress members from Metro Detroit to talk about the frustations of the past 100 days and how they keep pushing for the captive's release. Danny Fenster, 37, is the managing editor of Frontier Myanmar, a magazine and online publication in Burmese and English.

"It’s hard to believe its 100 days. It continues to be tough, but we are grateful for our community support, family support, local government support, our government in D.C. -- everybody," said Rose Fenster, who went on to describe her son:

"Danny's always been the type of child, young adult, adult, to really cares and listens to other people's stories. When he asks somebody 'how are you?,' he doesn’t just wait for 'I’m OK,' and pass by, he wants to hear where people come from."

Danny has not been formally charged. The family said he's being investigated under a law addressing  journalists who create challenges for the government. He's had six very brief hearings, with the next scheduled for Sept. 6.

The family last spoke to him Aug. 1 by phone. "He stated to us that he most probably did have Covid and still was having some brain fog, loss of sense of taste and smell, some fatigue," Rose said.

But all in all, from conversation, he seemed to be doing OK.

"He sounds well. His voice sounds strong," said brother Bryan. "He still has a sense of humor, which is amazing. I mean our family, we pride ourselves on our sometimes inappropriate and dark sense of humor, and that‘s still intact for him, thank goodness.

"But you know, you can feel and hear the anxiety and frustration in his voice at the same time."

When asked what keeps them optimistic, Congressman Andy Levin, who has been deeply involved in Danny's case, piped in:

"The will, the love, the creativity of this family is a powerful force, something  that you don't always see in this world. And we will get Danny out because the Fenster family will not give up. And their openness to every idea and their drive to get it done is just amazing, and that matters in this world still."

During the Zoom session, moderator Jeremy Pelofksy of Washington, D.C., announced that Danny Fenster on Monday was named a 2021 John Aubuchon Press Freedom Award recipient by the National Press Club in Washington because he "bravely push[ed] to disclose the truth in trying circumstances." He will be honored at an Oct. 20 banquet in Washington with the award named for a past club president who fervently advocated for press freedom.

The family hopes he will be able to attend.