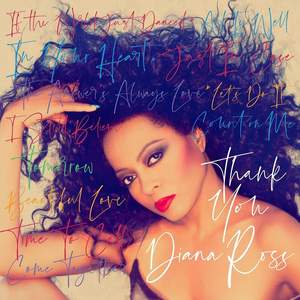 Detroit's own Diana Ross on Friday releases "Thank You," her first album in 15 years and the first to feature original material since 1999, the Detroit Free Press reports.

“I spent the past year recording new music and this music is a reflection of the joy and the love and the gratitude that I feel every day,” Ross said in a statement. "It’s an album of great appreciation for life, and for all of you. For me there was an urgency in making a meaningful album, working with what is happening now in our world. Through the power of music, we are creating a new kind of conversation that supports our choices and the decisions that we make.”