Tim Throne, head of Oxford Community Schools, reacts to parental outrage about his district's handling of a sophomore whose violent scribbles Tuesday morning escalated to bloodshed within hours.

The superintendent emailed and posted a three-page letter Saturday afternoon addressing questions that "many of our parents have understandably been asking." He acknowledges that the decision to let Ethan Crumbley stay in school Tuesday without a backpack search "has caused anger, confusion and prompted understandable questioning."

After praising students, staff and first reponders "for their quick and decisive actions and their bravery," Throne presents "the school's version of events leading up to the shooting" that killed four students, wounded six other teens and slightly injured a teacher.

When the parents were asked [Tuesday morning] to take their son home for the day, they flatly refused and left without their son, apparently to return to work.

Given the fact that the child had no prior disciplinary infractions, the decision was made he would be returned to the classroom rather than sent home to an empty house. 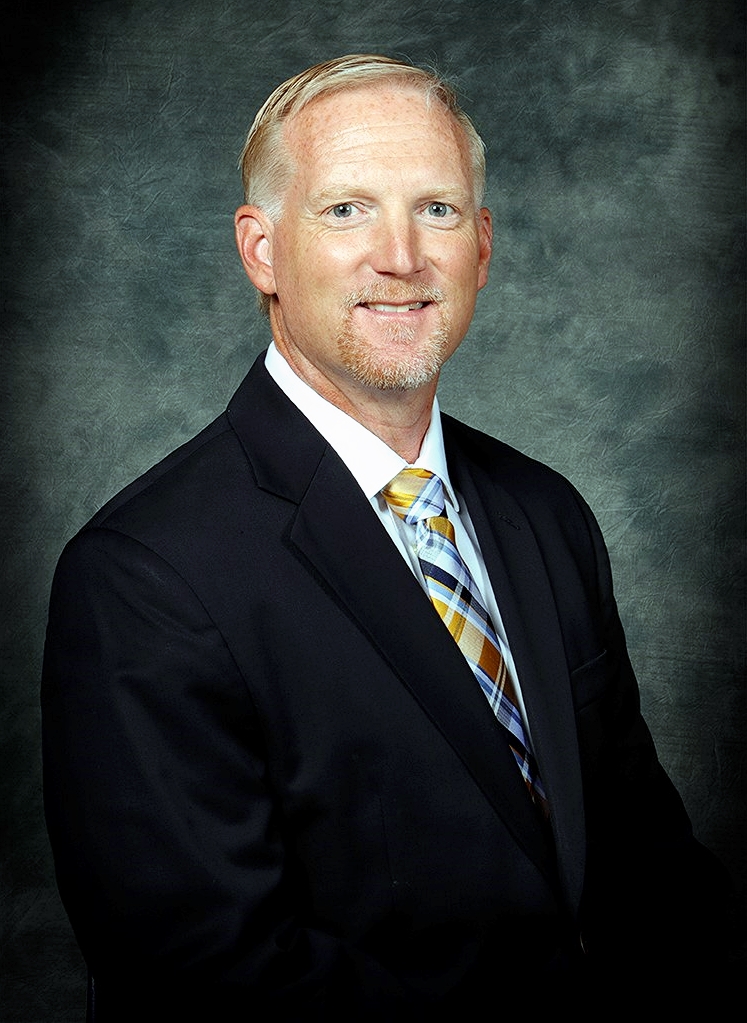 On Nov. 29, the suspect was discovered by a teacher to be viewing images of bullets on his cell phone during class. The suspect met with a counselor and another staff member and indicated he and his mother recently went to the shooting range and that shooting sports are a family hobby.

Consistent with our school policies and procedures, the school attempted to make contact with the student’s mother to discuss the incident, but did not initially hear back. The next day, his parents confirmed his account.

On the morning of Nov. 30, a teacher observed concerning drawings and written statements that have been detailed in media reports, which the teacher reported to school counselors and the dean of students. The student was immediately removed from the classroom and brought to the guidance counselor’s office where he claimed the drawing was part of a video game he was designing and informed counselors that he planned to pursue video game design as a career. The student’s parents were also called in.

Because it was difficult to reach the parents, the student remained in the office for an hour and a half while counselors continued to observe, analyze and speak with the student. While waiting for his parents to arrive, the student verbalized his concern he would be missing homework assignments and requested his science homework, which he then worked on while in the office. At no time did counselors believe the student might harm others based on his behavior, responses and demeanor, which appeared calm.

In addition, despite media reports, whether or not the gun was in his backpack has not been confirmed by law enforcement to our knowledge nor by our investigation at this time.

The student’s parents never advised the school district that he had direct access to a firearm or that they had recently purchased a firearm for him. Counseling was recommended for him, and his parents were notified that they had 48 hours to seek counseling for their child or the school would contact Child Protective Services. 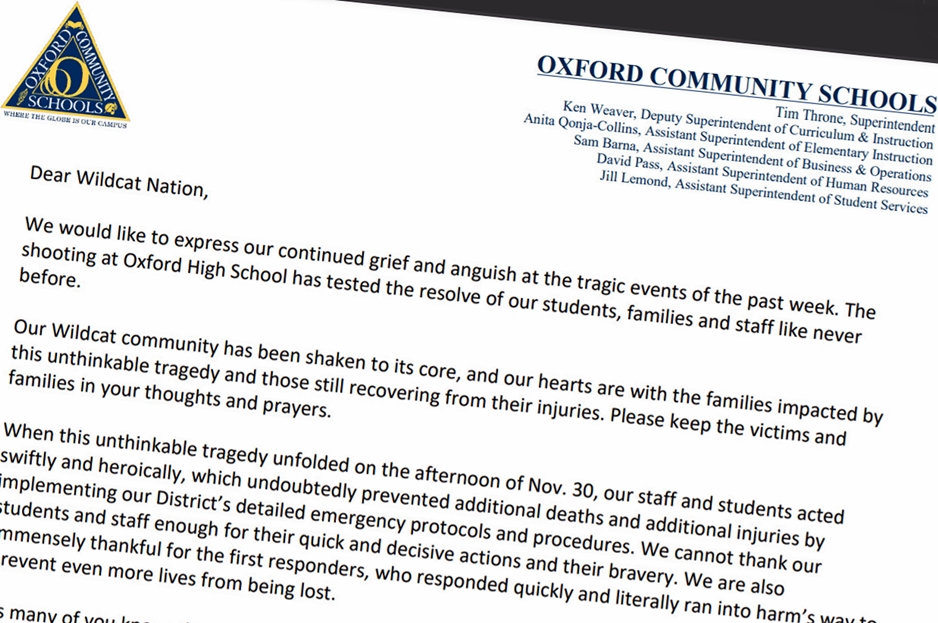 And then the teen who had drawn a gun, a bullet and a bloody body shot twice -- and who had written "blood everywhere," "the thoughts won't stop - help me" and "the world is dead" -- took his science homework, his backpack and himself back to a classroom in a building where carnage occurred not long after.

Throne hangs that pivotal decision not to suspend Crumbley on non-supervisory staff members:

These incidents remained at the guidance counselor level and were never elevated to the principal or assistant principal’s office. ...

The counselors made a judgment based on their professional training and clinical experience and did not have all the facts we now know. Our counselors are deeply committed, longstanding school members who have dedicated their lives to supporting students and addressing student mental health and behavioral issues.

The 54-year-old superintendent, who joined the district in 2000 and was promoted to the top job six years ago, promises "a third-party investigation ... so we leave no stone unturned, including any and all interaction the student had with staff and students."

Lastly, Throne alludes vaguely to "the appropriate path and timeline" for resuming high school classes, perhaps virtually or at another site.