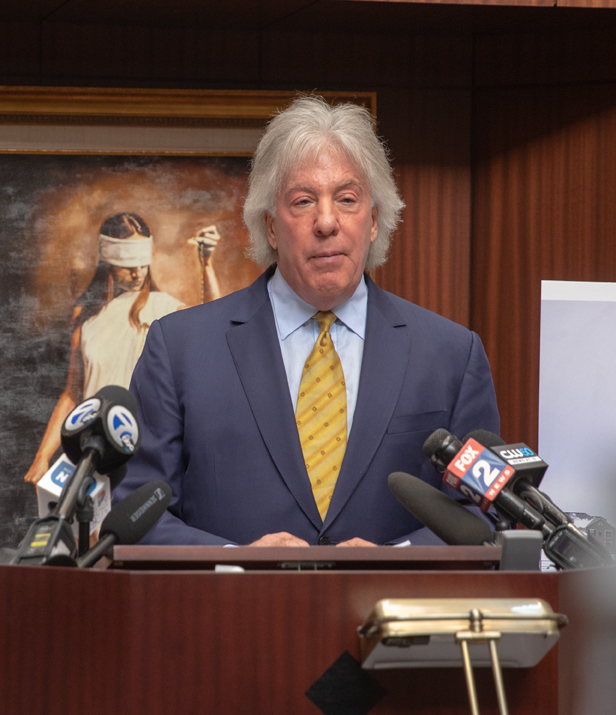 Flanked by the parents of a student wounded in last week's Oxford High School mass shooting, Southfield attorney Geoffrey Fieger announced the filing of a $100-million civil lawsuit against staff and administrators at the school, who he said "failed to consider the safety of other students, and allowed a deranged and homicidal student to return to class with a gun in his backpack."

Fieger represents sisters and Oxford students Riley and Bella Franz. Riley, 17 and a senior, was shot in the neck as she stood next to her sister Bella, 14. Four students died in the shooting and six were injured, as well as a teacher.

Raising his voice in anger, Fieger said Riley, who he described as an athlete and honor student, was supposed to be preparing for Christmas vacation and selecting what college she wanted to attend next year. Instead, he said, her parents are "packing her wound," while Bella is traumatized by what they experienced.

Riley was shot, allegedly by 15-year-old Ethan Crumbley, as she and Bella left a bathroom with Hana St. Juliana, one of the students who died, Fieger said.

The girls' parents, Jeff and Brandi Franz, were at the news conference but did not speak. Brandi Franz appeared to be fighting tears as Fieger talked about the Nov. 30 shooting. 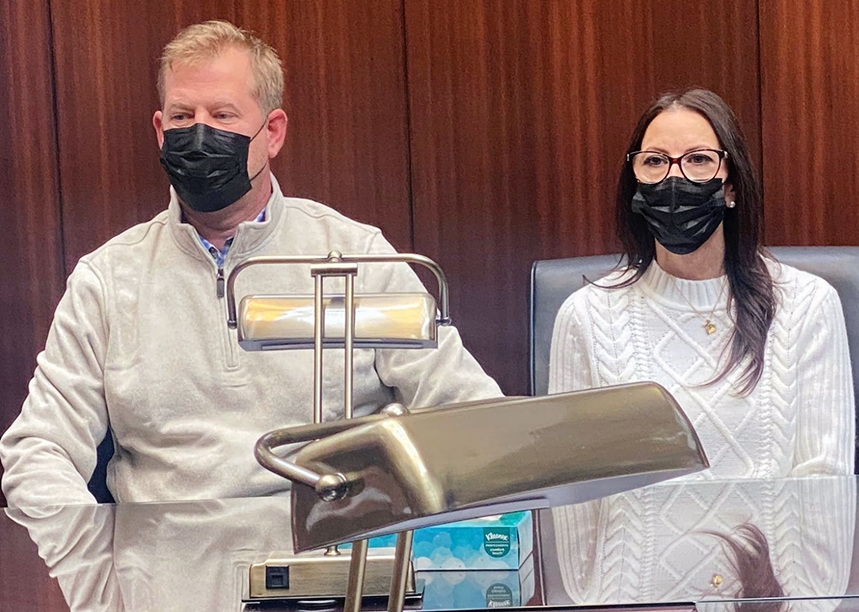 The federal court suit alleges school staff "failed students at virtually every turn, (and) violated their civil rights" by letting Ethan Crumbley return to class, despite his disturbing signs of an impending act of violence. "At Oxford High School, they'll search your backpack if they think you're vaping but not for a gun."

Fieger opened his news conference by recalling his representation of victims of the Columbine High School mass shooting in 1999, considered the first in what has become a familiar act of violence in America.

"We can’t change the perverted values of the Second Amendment society overnight," Fieger said. "But we can make the cost of denying our own responsibility so costly that maybe, just maybe, one more child will survive and not be murdered."

The Southfield attorney dismissed suggestions that he was "profiteering" from a tragedy.

"How do you think things get done in this country?" he asked. "Nobody (in that school) will go to jail." The only persons criminally charged are Ethan Crumbley and his parents, James and Jennifer Crumbley, he said, and that is the job of the Oakland County prosecutor.

"We hope to make the financial cost of allowing children to be slaughtered very high, so to compel people to do something," Fieger said.

Any potential settlement or payout after trial would come from the district's insurers, not taxpayers, he added.