This column is co-authored by state Rep. Karen Whitsett, D-Detroit, and a number of people in the community. 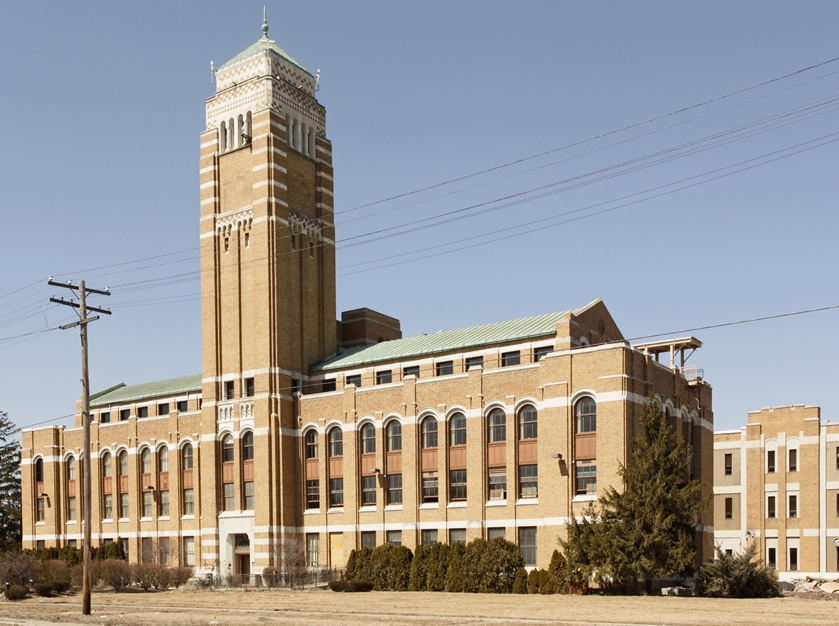 The former AMC Corp. site at 14250 Plymouth Rd. on the west side (Photo: CoStar)

When Mayor Duggan and our local city, county, and state officials announced last week that the crumbling AMC building would finally be cleaned up and a new business employing hundreds would be built in its place, the joy in our neighborhoods was indescribable.

For many years, that monstrous abandoned AMC site has devastated our community, driving down the home values of those who stayed, crippling any effort to rebuild commercial businesses on Plymouth Road, and permanently affecting our children’s view of the neighborhood where they're raised.
That’s why we were shocked and angered by the insensitive Crain’s commentary: “Detroit needs a plan to save its industrial history.” Families who have suffered for decades from the decay of the AMC site read with disbelief Crain’s romantic description of this “Art-Deco neighborhood landmark.”
So whose history is Crain’s demanding we preserve?
The history told by the many multi-generational families who live here is very different. This complex was originally built in the 1920’s in what was then a white-only section of Detroit, where racial segregation was enforced by restrictive deed covenants and “citizen improvement” associations.
When black residents began migrating to this neighborhood, corporate investment fled. As Mayor Coleman A. Young was being elected Detroit’s first Black Mayor in 1973, AMC suddenly announced it was moving its headquarters to a new building it was constructing in Southfield. The message was clear.
That 1.5 million-square-foot building steadily emptied in the years that followed, choking the economic vitality from our once-proud Plymouth corridor. The small businesses and shops that defined our neighbored started closing, one after another. So many residents were driven out, local schools closed, further depressing the community.
When Chrysler moved the final employees out in 2009, we thought our neighborhood had hit bottom. We were wrong.
Chrysler sold the property to a chop shop operator who began rapidly stripping the building of every bit of steel, copper, and other material of value. We literally watched this giant hulk crumble before our eyes.
That owner scrapped the building so recklessly, he released high levels of asbestos, refrigerator coolant, and other dangerous toxins into our neighborhood. He was stopped only by a federal conviction and two-year prison sentence for spewing illegal air pollutants. 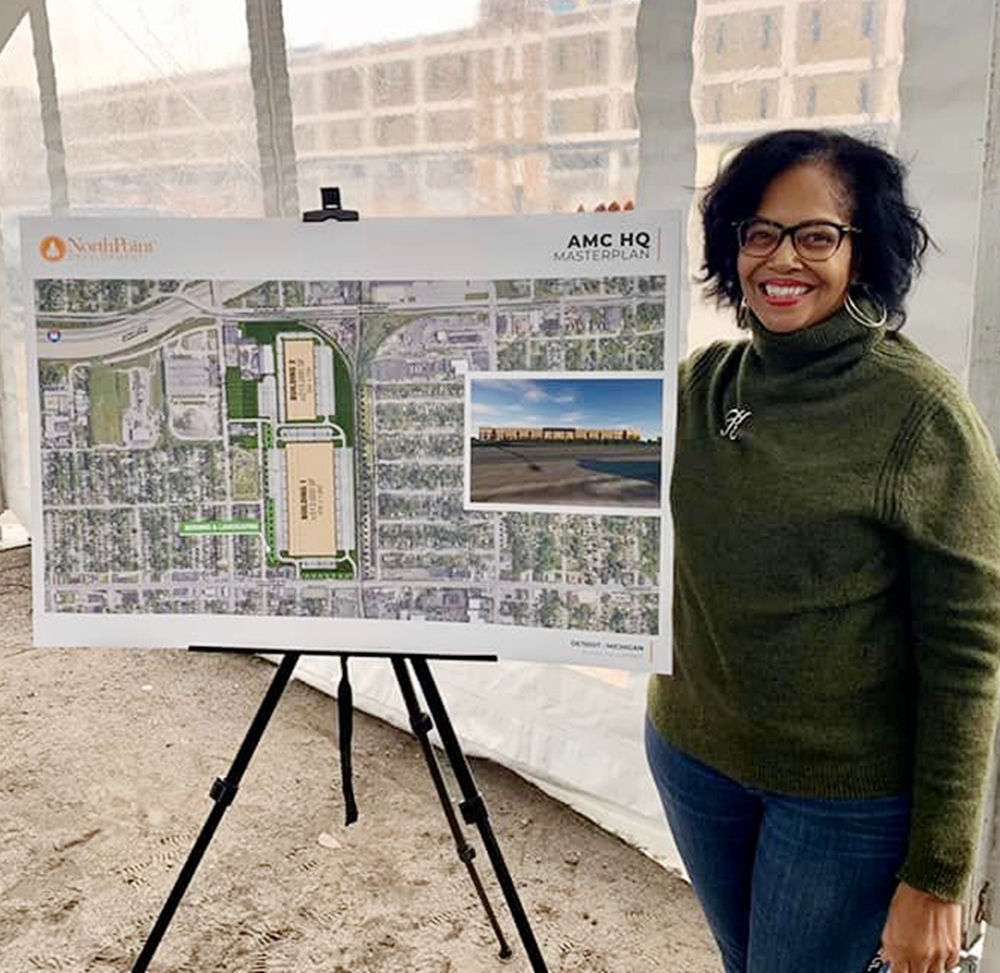 Rep. Karen Whitsett at the redevelopment announcement Dec. 9 (Photo: Facebook)
When the building owner was sentenced to prison in 2013, we thought our neighborhood had hit rock bottom. We were wrong.
The site was left totally abandoned and quickly became Detroit’s center of illegal dumping, with trucks coming in and out all hours of the night. Our children’s neighborhood park looked directly into the AMC property and 30 acres of unspeakable blight. With Detroit in bankruptcy and a $10 million estimated AMC clean-up bill, our neighborhood felt completely abandoned.
This is our history of the “neighborhood landmark” Crain’s wants to preserve. It’s a history of environmental racism.
But in recent years, hope emerged. Mayor Duggan got control of the site, began removing the illegal dumping, acquired 8 acres of another adjacent abandoned site, and announced an agreement with a developer who will spend their money for the $10-million cleanup, bringing a major new employer to our neighborhood.
Our excitement grew when we learned the new buyer was NorthPoint, the company that earlier this year demolished the 1-million-square-foot abandoned Cadillac Stamping plant on Conner. The demolition was done by a Black-owned company employing Detroiters. On that site is already rising a new Lear seating plant with 400 good-paying jobs with benefits. Most importantly, all of those 400 jobs will be offered first to Detroiters.
With NorthPoint’s track record, we can expect a site of terrible blight to soon become a site of real opportunity for our residents.
Crain’s remained completely silent for decades as our neighborhood suffered from the deterioration of the AMC site. Now that we finally have hope, Crain’s speaks up. But not for safety and well-being of our residents.
So we are going to speak up loudly and clearly for ourselves: our lives matter. Our children’s futures matter. They matter more than saving a crumbling, segregation-era, abandoned building.
We won’t sit by while outsiders who couldn’t find our neighborhood without a map, presume to tell us how much we should value their precious “Art-deco neighborhood landmark.”
Sincerely,
Karen Whitsett, State Representative
Leela Hughes, Paveway Block Club
Rev. Cynthia Lowe, Paveway Block Club
Willie Dickerson, Pride Area Community Association
Police Commissioner William Davis, Barton McFarland
Loraine Dixon, Manor Community Association
Gregory Waller, Cheyenne Mackenzie Littlefield Block Club
Pastor QuanTez Pressley, Third New Hope Baptist Church
Mike Saad, Starters Bar &amp; Grill
Pastor Everette Jennings, New Providence Baptist Church
Marcia George, Rutland Plymouth through Chicago Association
Shirley Rankin, Evergreen Block Club
Sylvia Roland, Greenview Block Club
Veronica Armstead, Brace Street Block Club
Angy Webb, Joy Community Association