Cause of Oakland Hills fire likely won't be known for weeks 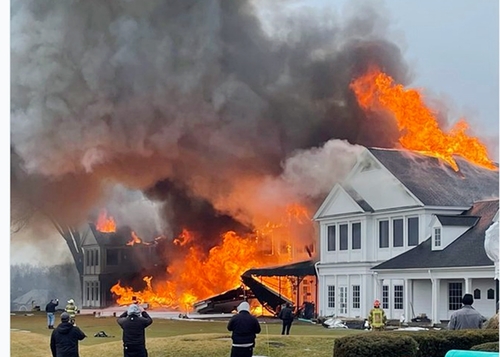 The fire that destroyed the Oakland Hills clubhouse was reported after an employee smelled smoke near a kitchen area at 9:17 a.m. Thursday. Within five minutes, the fire department arrived to find the building in flames.

Those are some of the things fire investigators will consider as they try to determine the cause of the blaze that flattened the 100,000-square-foot colonial into a pile of charred debris, The Detroit News reports.

The process will likely take weeks.

So far, after two days of interviews with people who were on site, there's reportedly no indication the fire was suspicious. To help pinpoint a source, firefighters will examine photos they took in and outside the building as it burned.

Most of the flames were concentrated in an attic area, but "fire goes up so that doesn’t mean it started there,” Bloomfield Township Fire Chief John LeRoy LeRoy told The News.

“It could have been moving inside the walls. In electrical wiring. A lot of potential different sources.”

Wind blowing at up to 35 miles per hour is said to have accelerated the blaze.

"It fed that fire and it blew through the clubhouse like a blowtorch."