LeDuff: While my daughter learns to drive I pepper her with adult anxiety 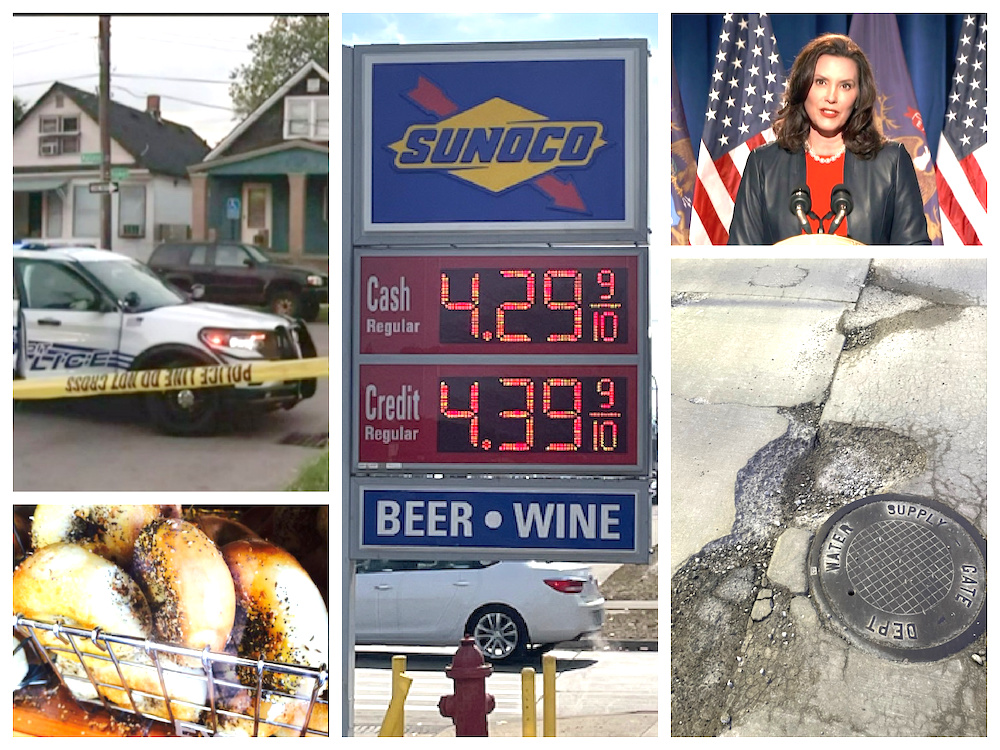 A collection of angst

My daughter is learning to drive, and there I sit in the co-pilot's chair, barking out lane-changing etiquette, while tossing out shiny pebbles of adult anxiety.

“Look at that,” I say, pointing to the gas station marquee advertising gasoline at $4.69 a gallon. “You're learning to drive at a time when gas is the most expensive it has in human history. You should remember that.”

I'm thinking about that 45-cents-per-gallon gas tax Gov. Gretchen Whitmer dreamed up in the back of her chauffeur-driven state vehicle. Thank God that didn't go through. If gas hits $5.14 a gallon, my kid's gonna to be hitchhiking to school. Either that, or taking the SMART bus and then walking the final mile.

“Turn here,” I instruct my daughter, unable to explain the virtue of the so-called Michigan Left. At these prices, every Michigan Left costs us a nickel.

“Holy crap! ” I look up from my thin wallet, toward the voice. It's the guy standing next to me staring owl-eyed at the cash register. “Prices are never coming back down are they?” he says with a muted terror. “Not with all that money they printed over the last 20 years.”

It is good to know I don't feel alone. But it's little solace.

The roads are a disaster. I teach my daughter to dodge and weave like its an off-road endurance race. Someone on Woodward has lost a tire. Road crews are laying patch. I don't have the heart to tell my daughter that since the governor couldn't get her 45¢ per gallon gas tax past the Republicans to fix the damn roads, she borrowed $4 billion to patch the damn roads instead. It's money my daughter will have to repay.

We listen to the news on the radio. Another double murder in Detroit. My daughter knows things aren't going well in the big city, no matter what Mayor Mike Duggan says. Duggan can say whatever he wants, since nobody's got the guts or energy to challenge him. But my daughter listens to the radio with me every morning. She knows.

Homicides are not down in Detroit, as the mayor says. It's just that police are not including the number of people killed in the name of self-defense. Add in those numbers and homicide totals are the same as last year.

I tell my daughter that a person in Detroit is 50 times more likely to be forced to take the life of another person for reasons of self-defense than the average American.

I want to tell her that they pretend to fix it. That the former police chief manipulated crime data and response times in his eight years on the job to make himself and the mayor look good.

I want to tell her that the former chief promoted a cop who has been accused of rape by three female cops. You know it's bad in your town when cops are raping cops – allegedly.

I want to tell her how the Detroit Police narcotics unit was twice busted after some bad cops stole and shook down dope dealers. And how three commanding officers of that drug squad were eventually promoted to the position of deputy chief. Or how a former deputy chief went to prison for bribery.

I want to tell her that former Chief James E. Craig is running for the Republican nomination for governor of Michigan, promising to fix things based on his distorted record of law and order.

But all that seems too much at the moment. I need my daughter to focus on the broken roads. “Make a Michigan left here,” I command.

Roads in the subdivision are worse that the main thoroughfare. With a little swerving and diving, we arrive without incident or flat tire at the school parking lot. Kids put on masks as they approach the building even though they don't have to wear masks anymore. It's become the culture now, my daughter informs. Kids kind of like it. Plus, it has the benefit of hiding pimples.

Thanks to an independent audit, we now know we didn't even count the the nursing home dead properly, much less protect those living in them. But this doesn't seem to bother Attorney General Dana Nessel. Instead of investigating the treatment of in state-sanctioned nursing homes, Nessel has decided to kick the political can, preferring to tweet about her St. Paddy's Day drinking instead. It's like they want us to forget the whole thing ever happened.

“I think it's almost time for me to take off the mask,” my daughter says, stuffing the remaining $2.49 of orange juice into her book bag. “Don't worry Pops, it's all going to be fine.”

I'm the one who is supposed to say that. But I don't have the heart to tell her that I think the guy in the bagel shop is right. That adults don't really know what they're doing. That we don't have many good leaders.

“Have a great day,” I tell her instead.

Why ruin the morning?