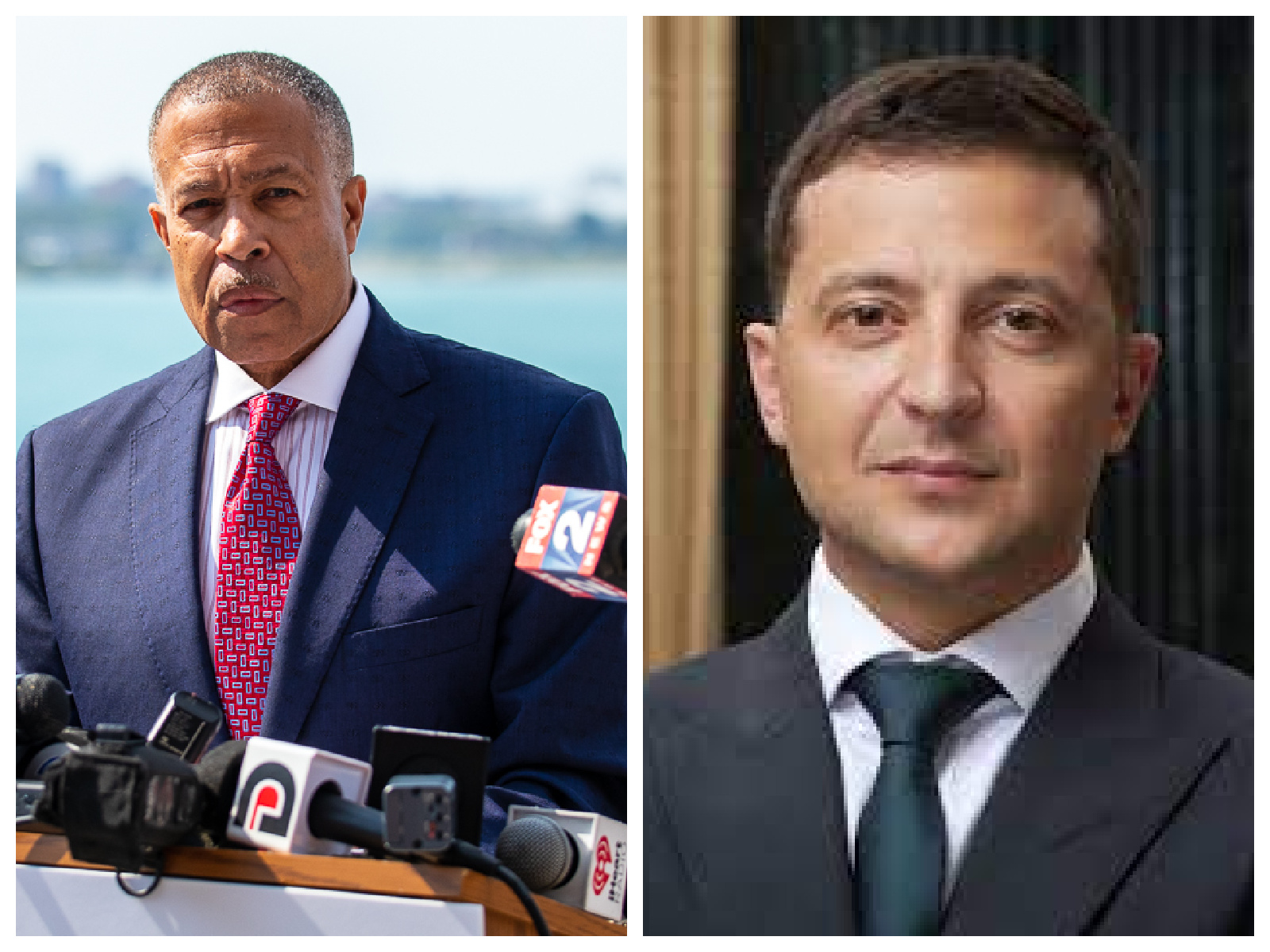 Two peas in a pod? Hardly.

Someone's got to tell James E. Craig to stuff a cork in it. Because every time Detroit's former top cop opens his mouth he shoots himself in the foot.

The latest: Craig in his sinking bid for the Republican nomination for governor of Michigan has taken to comparing himself to Ukrainian President Volodymyr Zelensky. He did it on the Tucker Carlson show the other evening and he did it in his latest fundraising letter:

“What many people thought might be a short conflict has turned into an extended war with everyday citizens taking up arms and President Zelensky leading from the front” writes Craig. “It reminds me of the summer of 2020 when I was on the ground … ensuring the fires and riots we saw in so many other cities didn't infect Detroit.”

While Zelensky stands tall against Russian strongman Vladimir Putin and the full force of the Russian Army, Craig was busy taking a knee during the summer of Floyd, surrounded by protesters as he  chanted “justice” and “DPD.”

Craig describes himself leading from the front while wearing tactical gear during the protests of 2020. But in the video, he enters from the side, looking small and frail, dressed in a green golf shirt as he takes a knee with fellow officers in front of the Dollar Store on Gratiot.

This is the same chief of police, you'll remember who famously said he drove away when he thought he was about to be carjacked in 2013. This is the same man who was run-off of Belle Isle by protesters when he attempted to announce his campaign for governor last September. Hardly a profile in courage.

Craig should stop with the comparison. The only thing he and Zelensky seem to have in common is that they both stand 5-foot 7 when wearing high heels. 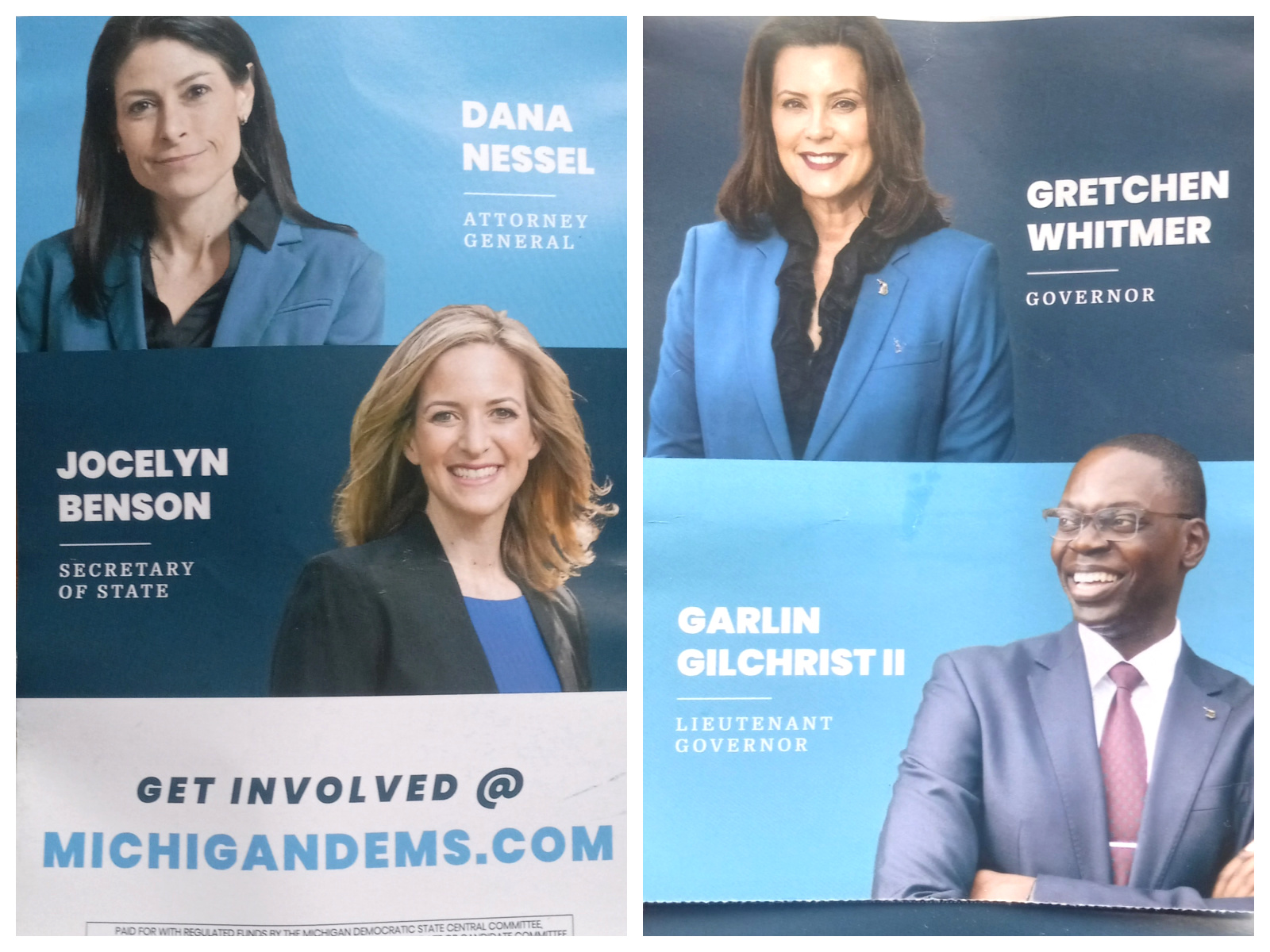 The barely-legal laundered campaign money wasn't even dry before Gov. Gretchen Whitmer slapped us in the face with it like it were a wet sock.

According to the very small print, it was paid for by the Michigan Democratic State Central Committee.

You may remember, the Democratic state party accepted $3.5 million from Whitmer in January, after it was decided that Whitmer couldn't keep the money because it exceeded lawful limits from individual donors.

Whitmer raised that money by way of a loophole in state law that allows unlimited contributions from individuals for politicians forced to fight recall campaigns. Since there was never an actual recall campaign to fight, Whitmer couldn't keep it.

But we already know finance laws mean little to Madame Governor. Remember she took a private businessman's plane to Florida in the middle of the pandemic but didn't pay for it. When caught, Whitmer attempted to fob the cost off on her shadow non-profit. When that was declared illegal, she charged the $27,000 to her campaign, even though the trip was to visit daddy in Palm Beach.

Oh No She Didn't

Last week, Attorney General Nessel announced that she will not investigate Michigan's nursing homes for the low-ball Covid death count or for failing to meet state and federal mandated infection protocols.

This week, Nessel was the featured coffee hour keynote speaker at the Health Care Association of Michigan leadership conference in Battle Creek.

“People are much safer, quite honestly, in your facilities than when you go into the Capitol Building,” Nessel told the audience of nursing home executives and lobbyists. “I'm not naturally a suck-up. I'm really telling you what I think here.”