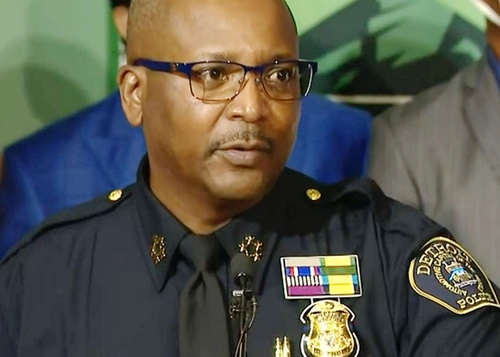 The city of Detroit paid more than $665,000 in legal settlements for one police officer between 2010 and 2020, a Washington Post investigation into the nationwide cost of police misconduct finds.

Officer Lynn Christopher Moore was the subject of 14 payouts in his time with the department, including for excessive use of force, illegal arrest or wrongful home searches.

In total, The Post found $3.2 billion in payouts across 25 of the nation's largest police and sheriff's departments. Nearly half of them were paid out for officers with repeated lawsuit settlements or verdicts.

Christopher Graveline, director of the professional standards unit for Detroit police, said his department as of September is working closely with the city’s legal department to identify officers with more than two lawsuits or claims and make sure they are “flagged” in the department’s risk management system.

Since The Post started asking the city about its repeat officers in September, 13 officers have been “flagged” for being sued multiple times and have been subject to “risk assessments,” according to a department spokesman.

“There wasn’t a good communication between the city law and police department. We weren’t being aware of settlements and potential judicial findings touching upon our officers,” Graveline said.

Graveline, who oversees internal affairs, said the department was often unaware of findings in civil cases, including determinations that officers had withheld evidence.

Moore, meanwhile, is now with the Oakland County Sheriff’s Department. He left Detroit in 2019.

'The Week That Was:' The Real Skinny on the Gun Charge Against Michigan Player Mazi Smith