A half-century tradition burns on this weekend at the University of Michigan's campus Diag, where weed worshipers will gather for the 50th annual Hash Bash.

"Organizers expect several thousand cannabis enthusiasts from across Michigan and beyond," says an Ann Arbor News preview at MLive.

About 30 speakers are expected to take the stage over the course of two hours, including U.S. Rep. Debbie Dingell, Washtenaw County Prosecutor Eli Savit and many activists involved in the marijuana movement. Music will follow, and the event will once again spill over into the Monroe Street Fair. ...

There will be a criminal record expungement booth set up to help people take steps to clear past marijuana convictions. 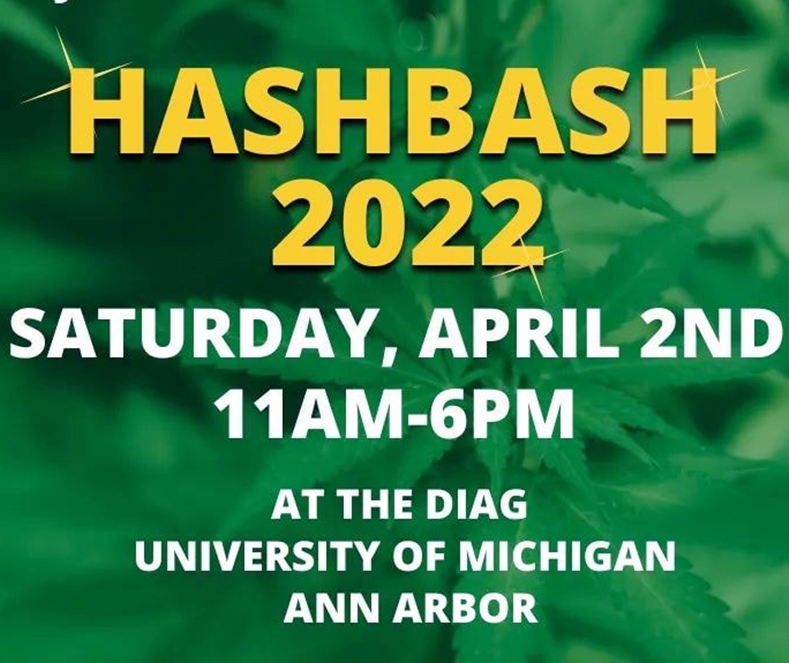 Fittingly, planned speakers include poet John Sinclair of Detroit, a legendary pot activist whose 10-year prison sentence in 1969 for two joints sparked the first Hash Bash on April 1, 1972. A month earlier, Michigan's Supreme Court overturned the law used to convict him, though another marijuana ban was enacted later.

Sinclair, now 80, was at a small "smoke-in" event last year. (Covid knocked out the main in-person event since 2020.)

"This is going to be the first time we’ve been able to gather like this in a couple of years and there are a lot of people just anxious to do that again," co-organizer Jamie Lowell tells Ryan Stanton of The Ann Arbor News.

Advice from the event's Facebook group: "Get there early. Although the festivities start around noon, plan to be in Ann Arbor as early as you can. 10 a.m. is fine, but expect traffic if you aren't from the city!"

Hash Bash also has a website and a Wikipedia page.