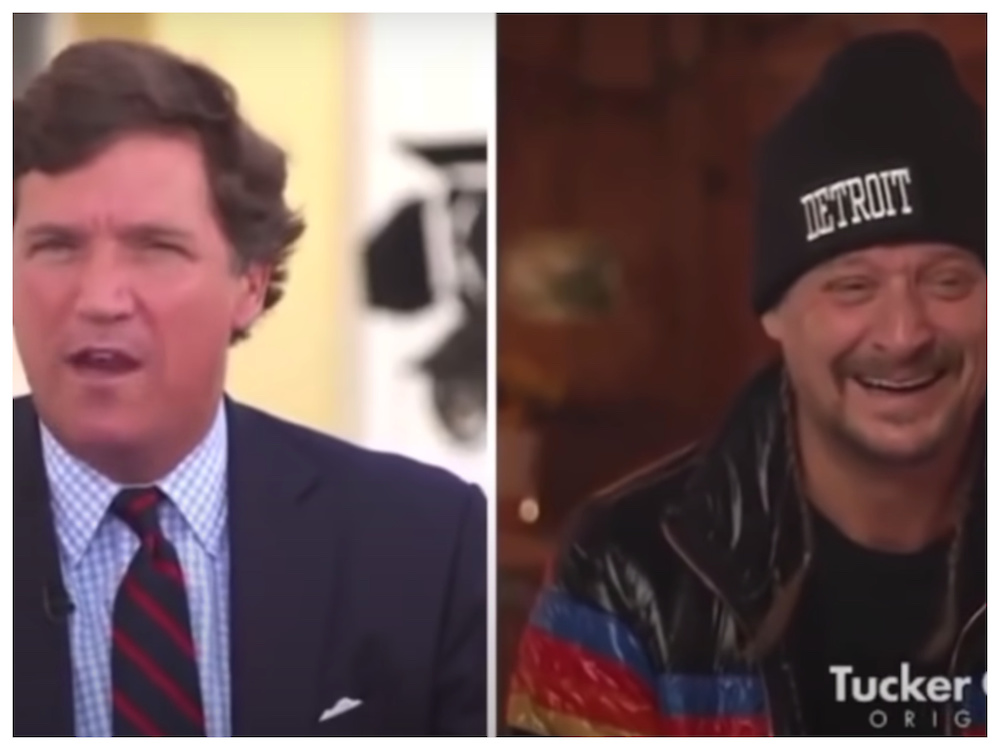 Carlson is promoting his Fox documentary, "The End of Men," about declining levels of male testosterone and the need to replenish it to save manhood. One suggested method involves "testicle tanning." (Some studies suggest the decline is due aging population and other conditions.)

During a Fox interview about the film, Kid Rock seems blown away by talk of testicle tanning. "I'm starting a punk rock band and it's called 'Testicle Tanning,' that's the end of it, " Kid Rock tells Carlson mockingly.

Carlson says that, with so many therapies for low testosterone failing, "why wouldn't open-minded people seek new solutions?"

"I don't know what the hell is going on this world," responds Kid Rock, aka Robert Ritchie. "I'm not even sure I understood that question. But some days I just want to stop this planet and let me off."

The is the single most homoerotic thing I could ever imagine. I doubt that gay sex is as gay as this https://t.co/gALK8Eexgc