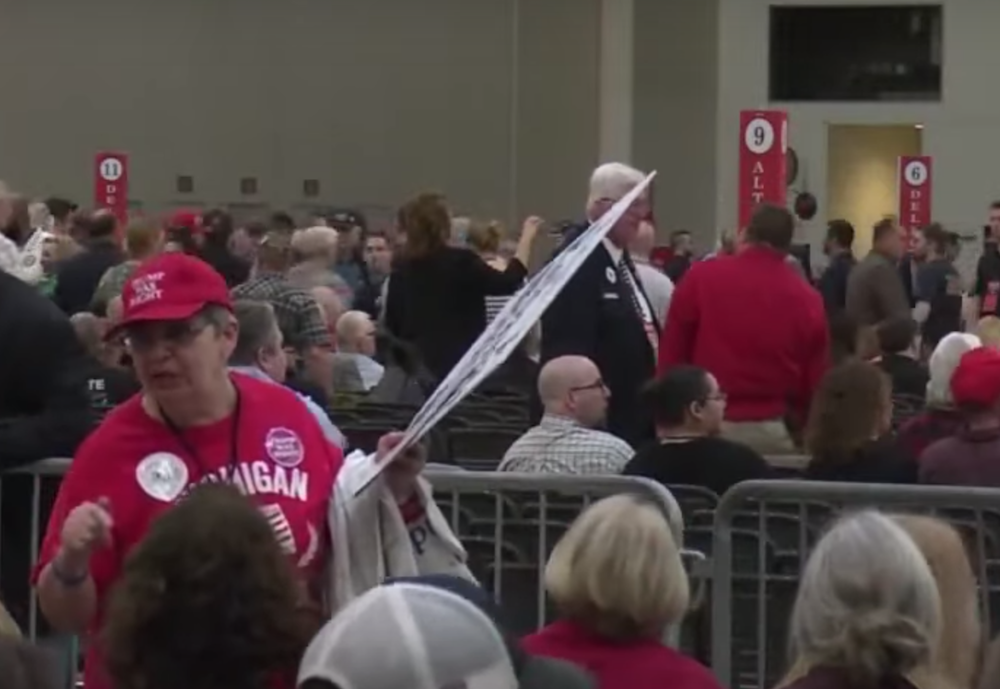 The GOP convention at DeVos Place in Grand Rapids

GRAND RAPIDS -- Republicans are a strange group these days -- the country club versus the Elks Club.

White people may be the most self-segregating group in America. Working-class whites don't much like rich whites and vice versa. Never have. And yet here they all are in the same convention hall in Grand Rapids, trying to agree on which candidates to endorse for November.

The grocery store gentry, the self-important politician, the preening lawyer, the social skeleton and the brown-loafered political operative scheming in the corner. Juxtaposed to them is the self-sufficient loon, the precinct delegate stoned on high-grade cannabis, the cow farmer who smells of Old Spice and a suburban insurance adjuster in khaki and heels.

The aristocratic Republicans have always known that they don't have the political numbers, so they spend millions to shape the working man's mind. They've convinced him that things are against his interests are good for him. War. China. Wall Street.

But now the working-class whites have figured the game. It's their party now. And the rich boys have to play along.

How amusing it is watching two men in blazers admire each other's Florida tans until a guy with bad teeth and a red hat shouts: “I used to be a Democrat!” And the tan guys is tan belts and caramel colored wing-tips laugh at that one, until the red hat guy goes off to vote against them. 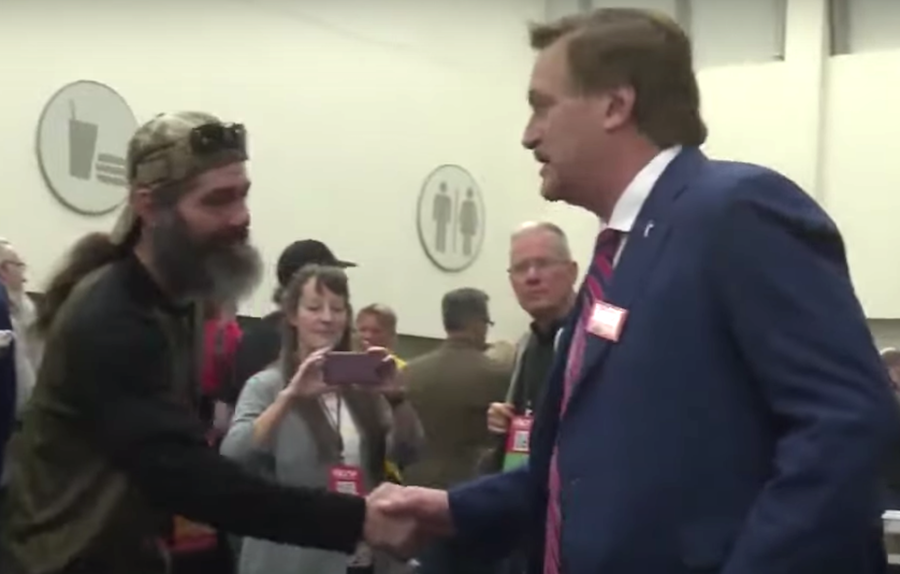 Mike Lindell, aka "My Pillow Guy," made the scene.

The endorsement convention was in Grand Rapids last Saturday to bless candidates for attorney general, secretary of state and other stuff nobody cares about. What this convention came down to are those candidates who don't believe the election was stolen from Trump, and those who make believe they believe the election was stolen from Trump. Nobody talks about wages or inflation or prison reform or gross domestic product.

An African-American man was shot dead in the head by a white Grand Rapids cop. His funeral was yesterday and Rev. Al Sharpton flew to town.

You'd expect BLM to be protesting the convention center today for the headlines if nothing else.

Crickets. They do things different in Grand Rapids, I suppose.

Meanwhile, inside DeVos Place, the Michigan Republicans reached a compromise since the working guy no longer trusts the election process. They had machines tabulate the votes. And then human beings double-checked the machines. Except human beings make mistakes and the first round of voting takes so long people start whispering.

It reminds me of the Democrats and TCF center in Detroit back in 2020. Small human errors snowballing into conspiracy.

“This is the worst goddamned convention I've ever been to,” says an old-timer at the urinal who's been coming since Reagan. “It's incompetent and the chairman has got to go.”

Sensing an opportunity, I probe him with the culture wars: “Yeah well, if my aunt had balls I'd still call her my aunt if she wanted me to.”

“Whatever makes her happy,” he says. “But your aunt shouldn't be allowed to swim against girls.”

The second round runoff goes worse than the first round. The ballots are generic and so instructions on where to place the name of your candidate are posted on an overhead screen. But the names on the screen do not correspond with their place on the ballot. Mayhem ensues.

“Stop the steal,” I holler as I walk into Conference Room B – the counting hive. A supervisor comes over.

“Where are the tabulating machines,” I ask? “Why can't we see them.”

“What kind of tabulator are you using?”

“It's AccuVote OS,” says a Macomb County delegate. “It's definitely not Dominion.”

Well, not exactly. AccuVote OS is a product made by Premier Election Solutions, a subsidiary of Dominion Voting Systems. But what do details matter, when matters of the political soul are in question?

Who is in charge of this party, I wonder? What is this party? I wonder. As it happens, everyone is wondering that.