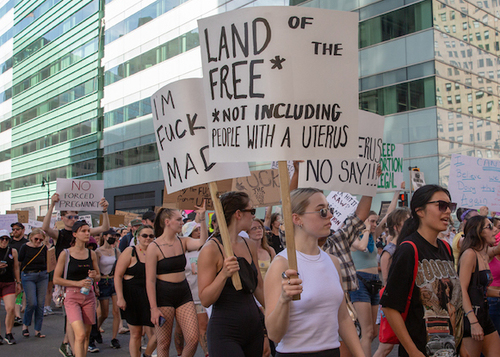 A new poll finds a gulf between Michigan Republicans' policy positions and those of the voters they aim to court.

The Detroit News' Chad Livengood highlights the key takeaways from the poll recently commissioned by the paper and WDIV to find where GOP voters stand on the issues.

On abortion, the mid-July poll of 500 likely GOP primary voters found overwhelming support for exceptions in cases of rape or incest. The rate ranged from 68 to 75 percent, with higher support if the victim was a minor. Support for an exception climbed to 78 percent if a mother's life was at risk. Meanwhile, 19 percent of those surveyed did not support the U.S. Supreme Court decision overturning Roe v. Wade.

Separately, 64 percent of those surveyed want to see Trump run again in 2024. Just over a quarter were opposed.