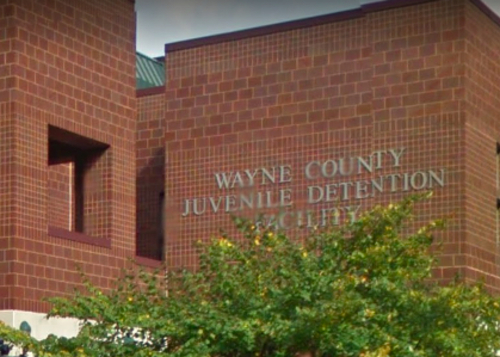 A riot involving at least 18 juveniles broke out at the facility in May. (Photo: Google Maps)

Staffing shortages at the Wayne County juvenile jail are making headlines after a May "riot" at the facility was initially blamed on worker error.

From the Free Press:

The population of Wayne County's juvenile jail has nearly doubled and the facility is so understaffed that officials plan to take "swift action” to reduce the number of youths at the downtown Detroit facility, amid safety concerns for residents and staff.

The Wayne County Juvenile Detention Facility's population has ballooned to 145 juveniles as of this week, about an 80% increase from its pre-pandemic averages.

County officials say they've been forced to house youths longer because of a statewide lack of secure residential facilities where they can send residents once they have been ordered into treatment, keeping juveniles in limbo at the facility for months.

A current staffer who spoke with WXYZ for a separate story on the issue reported having to at times oversee multiple pods that each house 20 detainees. There are just 41 detention specialists, when the county has budgeted for more than 100.

Meanwhile, the station reports staff are getting assaulted more frequently — 35 injuries were reported last year compared to 11 in 2019 — and detainees have been manipulating their locks to easily escape their rooms.

The Freep however cites a state licensing investigation that suggests the youth are simply stepping out in response to staff neglect.

"... youth are locked in their rooms for long periods of time (up to a full eight-hour shift) and do not have a staff in their pod if they did need assistance."

The investigation found licensing violations because a youth was not getting clothes or clean bedding, and another reported not getting daily showers “because the facility is short staffed and can’t take them to the shower.” They also found violations related to staff improperly holding a youth in seclusion for 18 days although the juvenile was “no longer a threat to safety.”

Internal documents also cast doubt on claims that what occurred in May was a riot.

Several juveniles involved were interviewed about what prompted the escape.

"According to the residents, there was no intent to harm staff," (David Brooks, the former interim director of the JDF who resigned, wrote in his investigation to county officials). "The initial purpose for getting out of their rooms had to do with being locked up too much and the desire by some to take showers. It was later decided being out afforded the residents an unexpected opportunity to address previous beefs with residents (in other areas of the facility)."