In news stories about horrific crime, phrases like "four shot, three fatally" can obscure the humanity of those described in that phrase. Today, the Detroit News tells the story of John Palik and his dog Kingston, both targeted by the spree shooter who roamed the 7 Mile Road area last Sunday. 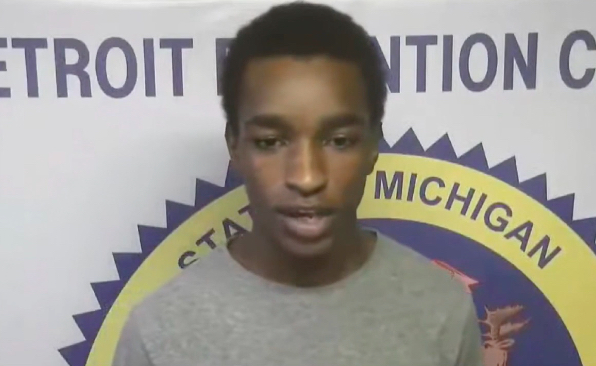 Police arrested Dontae Ramon Smith, 19, in connection with the shootings. Wayne County Prosecutor Kym Worthy said in a statement that Smith terrorized the city in the 10-hour window it took for police to find and arrest the alleged shooter.

Palik's story, while a close call with death, turned out far better. His neighbors have embraced and supported him and Kingston, both of whom were hit in the shooting.

John Palik was walking his pit bull Sunday when an approaching teen moved off the sidewalk and into the street. Palik told the youth there was nothing to fear, that Kingston was just a puppy and wouldn’t hurt him.

But Palik, 76, was the one who should have been scared.

The teen, Dontae Ramon Smith, is accused in a series of random shootings that killed three people in the Detroit neighborhood, said police. After walking past Palik, Smith turned around and fired four shots at him, one striking Palik and one striking Kingston, prosecutors said.

Today, Palik is at home and wearing a heavy bandage on his leg, where the bullet hit him. Kingston has a cast on his own leg; he was hit in the left front paw. The two have been showered with love from neighbors, who burst from their homes when the shooting occurred, one with a belt to use as a tourniquet on Palik's leg, another to tend to Kingston, and more with towels and 911 calls. They've brought groceries and goodwill ever since.

Palik, who was raised on a farm in Nebraska, said some people believe compassion resides only in small town America. Those people are wrong, he said.

“Right here in Detroit, right here in my neighborhood, people are the same. They’re caring people,” he said.

Smith was arraigned Wednesday and charged with several felonies. One was animal cruelty, for Kingston.