Author Tries to Shield Her Parents From the Steamy Sex Scenes 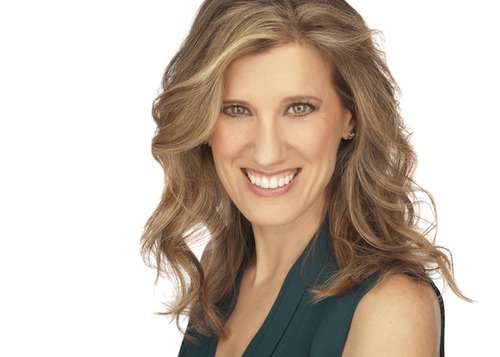 Allison Leotta, a Detroit native living in the D.C. area, likes to send her parents in Michigan a draft of her new novels -- minus the chapters with steamy sex scenes.

“I take out those chapters,” says Leotta, a 1995 Michigan State University graduate.

But her mother, Diane Harnisch of West Bloomfield, says at least with the last delivery, her daughter may have forgotten to excise those chapters. Not that it really matters. She says she reads the published books as well.

"I want to know exactly what she's writing," says Harnisch. "Of course as a mom, it makes me a little uncomfortable  at times. and wondering how in heavens name does she know that stuff."

Her parents and grandmother are perhaps her  biggest fans, but certainly not the only ones.

Leotta, 40,  a married mother of two young boys, is on fire in the literary world.

Described in the Providence Journal as a female John Grisham, the former D.C. sex crimes prosecutor releases her third novel, “Speak of the Devil,” next Tuesday.

It's part of the ongoing series centering around a fictional sex crime prosecutor named Anna Curtis. On day of the debut, she’ll appear for a book signing at 7 p.m. at Books-A- Million on Southfield Road in Beverly Hills.

The third book isn't her last.

Leotta recently signed a contract with Touchstone/Simon & Schuster to write two more novels as part of the series, she tells Deadline Detroit.

In her latest book, the main character, prosecutor Anna Curtis gets engaged. That’s the good news.

On the downside, one of her cases takes a vicious turn.  A criminal named Diablo -- the Devil -- leads an attack on a brothel. It results in an investigation into the dangerous  MS-13 gang, which has roots in El Salvador.  Curtis tries to keep her personal and professional life separate.  But the dangers of the job come to her doorstep.

Leotta says this book is a little darker than previous works, “but it’s a lot more suspenseful. People who have read it have been surprised by all the twist and turns.”

A  sex crimes prosecutor, she left the U.S. Attorney’s Office in D.C. in 2011 to write full time. 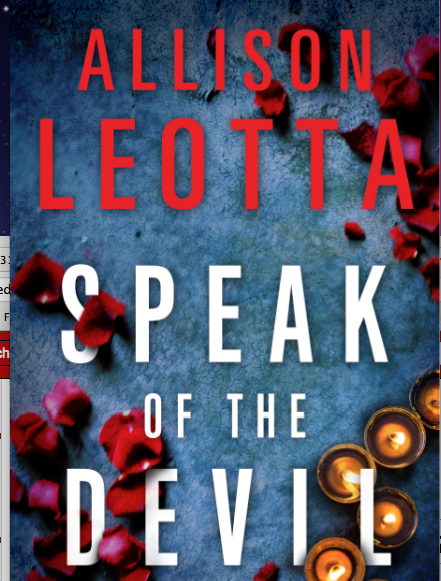 While working as a prosecutor she wrote her first novel “Law of Attraction.” As policy, the Justice Department had to review the transcript for any security breaches. Leotta wasn’t worried about that. What concerned her was having colleagues having read the sex scenes.

Leotta, who grew up in Franklin and Farmington Hills, and attended Harvard Law School, always can depend on two people to help generate interest in her book signings in Metro Detroit:  Her father, Alan Harnisch of Troy, who is  a former federal prosecutor, and her mother.

“They’re my biggest fans,” she says. “They never fail to pack the bookstore with friends whenever I’m there.”

Her mother says: "I couldn't be more proud of her or in awe of her ability."

Interestingly, Leotta says her grandmother has read the books as well -- steamy scenes and all.

"With my grandma, she read the published  books, and she said she was shocked, and said ' how did you learn all that stuff?"

Besides writing books, Leotta has a blog, The Prime Time Crime Review, which evaluates crime shows for true-to-life  accuracy.