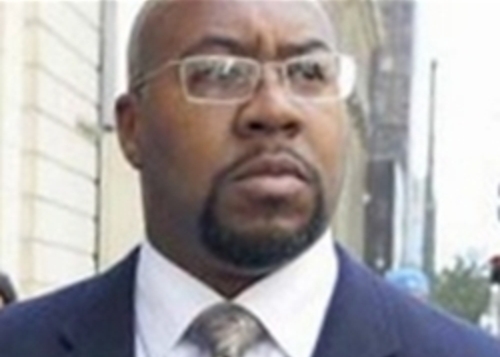 Painting him as a bully, extortionist and violent criminal who hid assets, a Detroit federal judge on Friday sentenced Bobby Ferguson, the city contractor and good buddy of Kwame Kilpatrick, to 21 years.

"Bobby Ferguson was the catalyst at the center of an historic and unprecedented criminal scheme," said U.S. District Judge Nancy G. Edmunds.

"Mr. Ferguson was bold and outspoken in his extortion activities,"  she said.

Edmunds said Ferguson strong-armed companies to get city contracts, some in which he did no work for. He threatened to kill contracts with the help of Kilpatrick if people didn't give him a cut of the action.

Along with sentencing, the government asked that Ferguson forfeit $6,284,000 in cash and some property.

The sentencing fell short of the 28 years Kilpatrick received Thursday. Kilpatrick was convicted of 24 counts compared to Ferguson's 9. Kilpatrick's status as an elected official influenced his sentence.

Ferguson sat looking at a bible, and sometimes turned to his attorneys and talked while Edmunds was building up to announcing the sentence.

The sentencing came after Ferguson, 44, stood before the judge, reading from the Bible, rambling about the flawed justice in America, talking about the disproportionate number of blacks in prison and the genocide of blacks in America. He avoided apologizing or expressing any regret.

He began by saying: "I honestly don't know what I'm about to say."

"I'm trying to understand the America I live in," said Ferguson, a father of five children who has two grandchildren.

Ferguson, who was clad in prison khakis and was wearing a cross around his neck, also noted that it was very strange that he was being sentenced on his wife Marilyn's birthday.

"Today is actually my wife's birthday...which is strange judge, I'm getting sentenced on her birthday," Ferguson said. "But happy birthday Marilyn."

Ferguson was convicted in March, along with Kilpatrick, of extortion, bribery, extortion and racketeering.

Ferguson, though not upbeat, appeared in far better spirits that Kilpatrick, who appeared depressed. Both appeared to have lost some weight before going to prison, though Ferguson looked like he lost more. After sentencing, he chatted with his attorneys, and was led out of the courtroom in handcuffs.

Earlier in the proceedings, one of Ferguson's three attorneys, Gerald Evelyn, talked about how hard working Ferguson was, running the construction business his father started, and how he helped minority contractors.

Evelyn said that his client has lost everything materially, but "he's grown and evolved and changed." He asked that the judge look at Ferguson as a whole person not just for his criminal conviction.

Assistant U.S. Attorney Michael Bullotta retorted that the judge needed to look at Ferguson as a whole.

He talked about how he stiffed a slew of minority contractors and how he he was the muscle for Kilpatrick.

Bullotta also talked about his violent past: How he used a baseball bat to assault someone at 20; how he fired a gun into the air and two people got shot; and how he pistol whipped an employee who still has some brain damage.

"These acts have gone unpunished," Bullotta said, saying Ferguson either got probation or work release. He said those light punishments emboldened him to continue his criminal ways.

In the Kilpatrick administration, Bullotta said: "He was the muscle and money man."