This article from March 2 starts a daily reprise of notable 2014 content, based on readership and editors’ choices. Our Top 10 series runs through Dec. 31.

High-profile buzz is one goal of advertising, so Cadillac seems to have a winner with its new one-minute commercial above.

"The spot for the new Cadillac ELR has provoked extreme reactions since its debut during NBC's broadcast of the Opening Ceremony of the 2014 Sochi Winter Olympics," Michael McCarthy writes in Ad Age.

The ad for a $75,000 electric Caddy, featuring a dissertation on the American Dream, aired again Sunday [March 1] before and during the Academy Awards telecast on ABC. It stars actor Neal McDonough (Detroit gangster Robert Quarles in "Justified") and has a soundtrack by Terry Callier, a jazz guitarist who died in 2012. 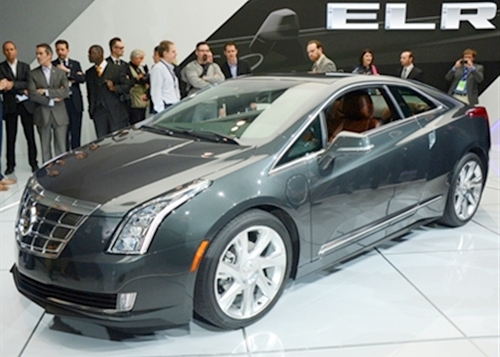 “We’re crazy, driven, hard-working believers. . . . . You work hard. You create your own luck. And you’ve gotta believe anything is possible.

”As for all the stuff? That’s the upside of only taking two weeks off in August, n’est ce pas?””

During a time when Americans are working harder and longer for less money, others question the spot's perceived workaholic message.

"These are people who haven't been given anything. Every part of success they've achieved has been earned through hard work and hustle. . . . One of the ways they reward themselves for their hard work is through the purchase of a luxury car."

Here's a summary of what's being said, mostly by Detroit-area ad folks on Facebook. First up is a veteran ad executive who has been chief creative officer at the Team Detroit agency since 2010:

► Toby Barlow: I don't dislike it for its look or style or writing, which are excellent. I dislike it for its philosophy. But, at the same time, I know there's a sizable chunk of the luxury car market who absolutely loves this philosophy. They're the ones who cheered while they watched "Wolf of Wall Street." They believe they got to the top by being merciless and unstoppable.
They know people think they are jerks but they don't care, because they know they are not complete jerks -- they are proud parents and maybe even good husbands and wives. Not only do they see something in this spot that is true about them, they also have money and now they're gonna spend it. 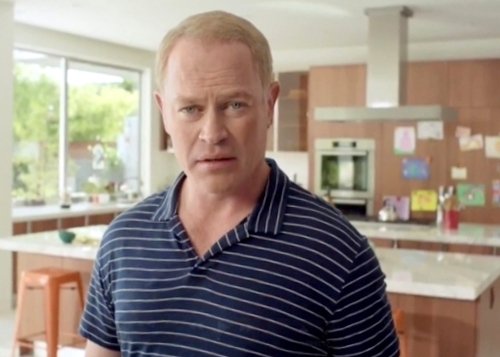 "You work hard. You create your own luck. And you’ve gotta believe anything is possible."

► Christopher Lee Chynoweth, Detroit video director: I love this ad. . . .  The overall philosophy I get from this commercial is that hard work pays off. I hear this: "While you were on the beach sipping your margarita I was putting in overtime, achieving greatness. My life appears like a vacation to you because of all this stuff, but that's just a byproduct of what really still drives me, the work." I'm OK with that kind of message, because it's true and I drive a Cadillac.

► Mary Kubitskey, national advertising manager for GMC Division of GM: Those who hate this ad were never going to buy a Cadillac, anyway. What's more American than working hard and owning stuff? I love the ballsy swagger for Cadillac. And I'm tired of 'American' ads that feature dogs, babies and soldiers returning home to unsuspecting family. But mostly I love the conversation. That's good for all of us.

► David Stolberg, creative director and principal at San Francisco ad agency: This . . . feels very heavy handed to me -- the voice, the swagger. . . . Trying very hard, in my view.

► Michael Fazenda, creative director at Ogilvy & Mather in Chicago: Michael Fazende I would have considered a Cadillac. Until I saw this spot.

► Carolyn Gregoire, Huffington Post features editor: Cadillac made a commercial about the American Dream -- and it's a nightmare. The luxury car company is selling a vision of the American Dream at its worst: Work yourself into the ground, take as little time off as possible, and buy expensive shit.

► Carol Costello, Manhattan brand consultant: The spot is well-done but philosophically odious. The surprising thing strategically is that they would choose to play to their base instead of trying to expand it. But perhaps there is a landgrab of share-stealing amongst the odious buyer.

► Patti Chapman of Birmingham: This whole theme reminds me of my Italian grandfather, who embodied the American Dream.. He bought a new Cadillac every year for himself and my grandmother. . . . He felt he deserved it, and it showed that he had achieved something. There's nothing wrong with that. I like the position they've taken.

► Gary Doyle, group creative director at Kramer-Krasselt in Chicago: A lot of people, luxury import buyers especially, don't buy American because of the (perceived) arrogance of Detroit car makers -- which may be an unfair perception these days, but it's a barrier nonetheless. And this ad not only doesn't defeat that, it feeds it. . . .  It'll speak to the flag-wavers and the true believers, but I don't think that's how Cadillac is going to grow.

► Brad Jendza, associate creative director at Team Detroit: I see it as pompous and elitist. Now, I'm not the demographic. Maybe Cadillac wants to stroke the ego of the materialistic, money-chasing people?