Flames that broke out shortly before 3 a.m. Friday quickly engulfed the signature Party Animal House on Mt. Elliott Avenue at Elba. It was one of Guyton's iconic features, with stuffed animals nailed to its sides and roof. It was also known as the Doll House.

The fire was the ninth blaze at the site since May; the house was the sixth to be destroyed by the fires. The project, which Guyton began in the mid-1980s, was designed to serve as a folk-art comment on the blight and abandonment that had destroyed much of the surrounding neighborhood. Now fires, another frequent occurrence in the area over the past 35 years, have obliterated the art.

Click here to watch a drone video of the ravaged project from late last year. 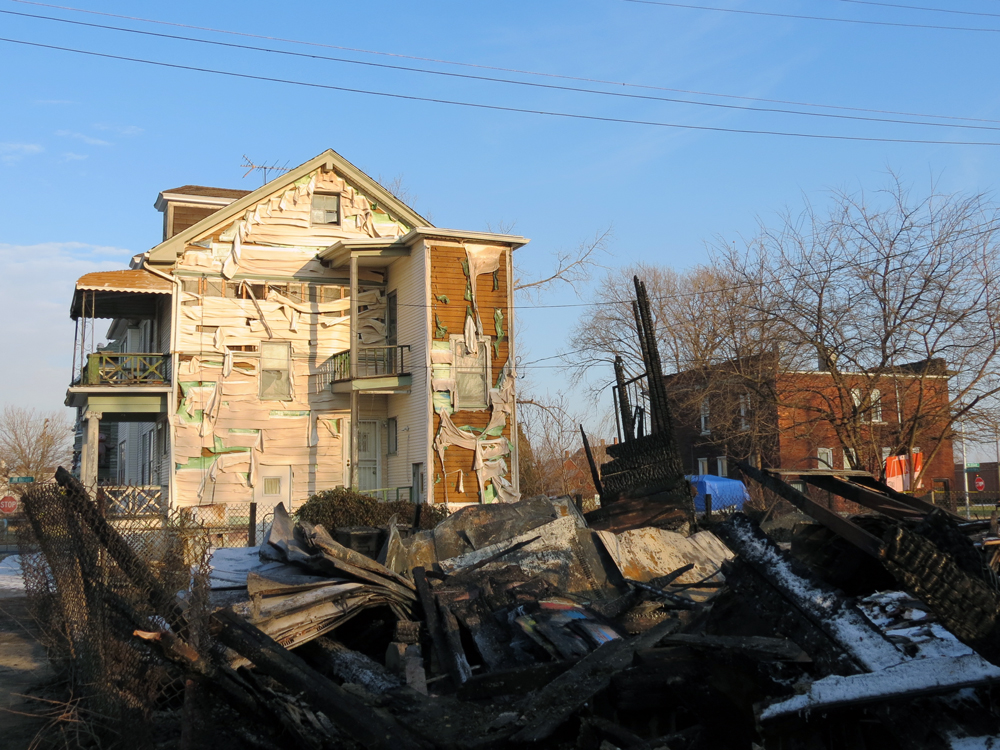 A pile of rubble after a previous fire at the Heidelberg Project. It destroyed one house and melted the siding off another.

As in the other incidents, no one was injured.

Most of the other fires have been declared arsons. In December, the federal Bureau of Alcohol, Tobacco, Firearms and Explosives offered a $5,000 reward for information that leads to the arrest and conviction of those involved in the fires. Later, an anonymous donor added $25,000 to the reward.

The Free Press reported last year that the Party Animal House is owned by city of Detroit because of unpaid property taxes.

Come back to Deadline Detroit for more information on this breaking story. 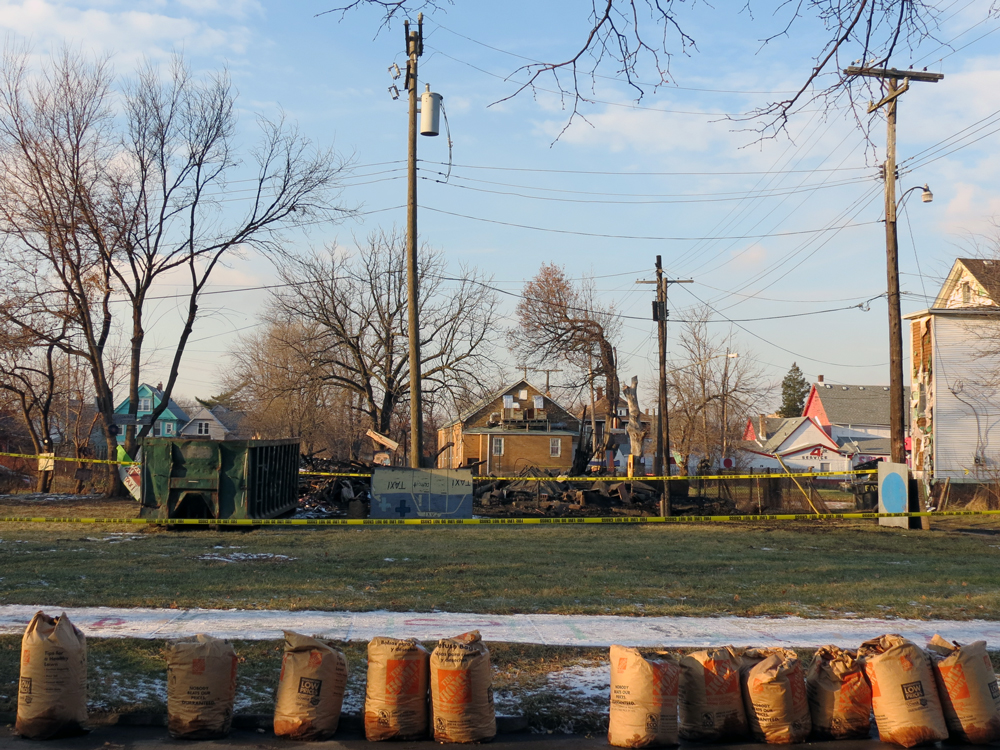 Cleaning up the charred remains of a burned house in December. 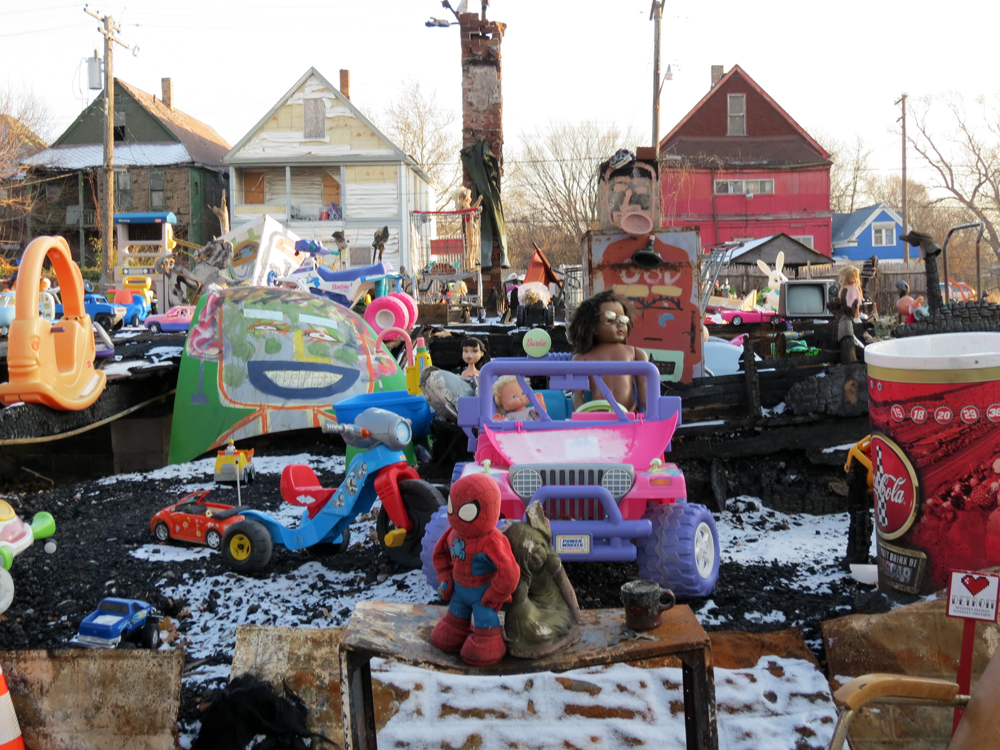 Yet another burned house -- this one has been repurposed as a Heidelberg canvas.