Ex-Detroit Judge, Accused of Bribery Decades Ago, Has A New Life in LA 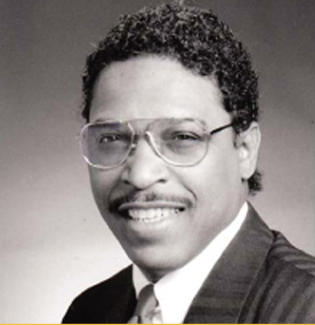 The last time we heard of Leon Jenkins he was a Detroit 36th District Court judge facing bribery charges in federal court in downtown Detroit.

That was more than two decades ago. The jury acquitted on four of five counts in the first trial even though there were FBI videotapes of party store owner Sam Dickow, a government informant, paying off Jenkins to fix traffic tickets. The jury deadlocked on the fifth count.

Fed prosecutors went after him one more time, but lost in the retrial on the one outstanding count.

He had clearly become the Teflon Man, though he did lose his law license in Michigan.

Jenkins got married after the trial and interestingly sent out invitations with a notation that cash gifts were appreciated. He also eventually went west to California to start anew, though he lost his law license in the state because of the serious Michigan allegations.

These days he's in the news, but in a good way this time.

He's president of the Los Angeles branch of the National Association For the Advancement of Colored People (NAACP), and he's stepped up to make some strong statements about the offensive racial remarks the owner of the Los Angeles Clippers, Donald Sterling, has allegedly made.

It seems that Sterling has given the LA NAACP grants through his Donald T. Sterling Charitable Foundation.

The revelation that Mr. Sterling may have made comments in a phone conversation that were reminiscent of an ugly time period in American history that contained elements of segregation and racial discrimination demands that the Los Angles NAACP intention to honor Mr. Sterling for his lifetime body of work must be withdrawn, and his donation to the Los Angeles NAACP returned.

There is a personal, economic and social price that Mr. Sterling must pay for his attempt to turn the clock back on race relations. If these statements are not who Mr. Sterling is, then he should spend the appropriate time necessary proving to the African-American community that these words don't reflect who he is, or who he wishes to become.