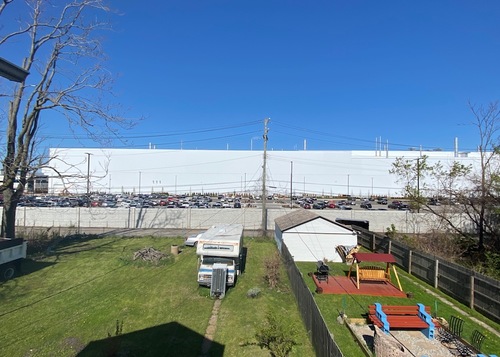 As the east-side plant's expansion plans sailed through the city and state’s environmental agency over the last two years, residents on Beniteau Street voiced fears about what the spike in air pollution would mean for their health and property values.

Residents in the largely low-income, Black area who suffer from COPD, bronchitis, cancer and other serious health problems say the plant would prevent them from selling their homes for enough to move into quality housing elsewhere, effectively trapping them next to the toxin-spewing plant.

Though some residents received $15,000 from a community benefits agreement with Stellantis (née FCA), they say it’s not enough to seal their homes and fully protect thems from the plant's emissions.

In April, Beniteau resident Robert Shobe told Duggan about the residents' predicament, asking for the mayor’s help in developing a quicker means of communication with residents in the case of a spike in emissions rather than "us hearing their alarms and bells going off and we have no idea what’s going on."

Duggan told Shobe not to worry.

“You may not be happy with me yet, but I am gonna predict that the property values on Beniteau are going to rise about as fast as any in this city, certainly what we’ve done already has been remarkable but we are also going to target going into the abandoned houses and fixing them up,” Duggan said. “I think it is going to significantly raise the value on the block and I think you’re going to get the chance to get out of there.

"So I know you’ve wanted us to buy you out forever so … when you one day sell the house for a good price, just send me a note to say I wasn’t so bad.”

When asked on Friday if the mayor stood by his comments given the air quality violation, Duggan spokesperson John Roach said he did.

“The mayor was addressing the impact of the demolition of blighted buildings on the street — what he said was and is entirely accurate,” Roach said. “The city has no legal authority over the air quality and he never suggested that it did.”

Roach did not respond when asked what evidence the city has that blight remediation would boost property values more than toxic air might depress them.